The Evolution of Lone Beacon

Lone Beacon has grown exponentially over the last six years, earning it a place on Inc. magazine’s list of the fastest growing 5,000 American companies. Intuit, Under Armour, Microsoft, and many other well-known names gained their first national exposure as honorees on the Inc. 5000. Lone Beacon didn’t start off in a garage, but it did start off small and has come a long way. Here were some pivotal moments along the way.

One of Lone Beacon’s early clients was marginally successful through radio, but wanted to increase leads. The team assessed his radio show, then looked at the Google Analytics, and “a lightbulb went off,” says Greg Dinetz, Co-Founder of Lone Beacon. The advisor’s website traffic spiked after his radio show aired, but that traffic wasn’t being converted into leads. The client had only been gauging the effectiveness of radio by phone calls, and didn’t realize his website’s potential for lead capture. The next step was to design a better website for marketing to the 55+ demographic and capturing their information. 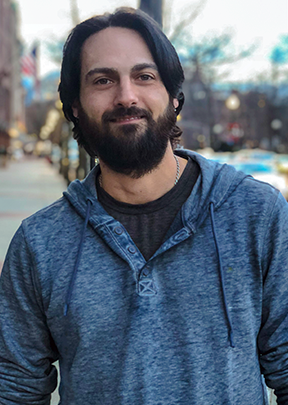 Kirby Mack, now Lone Beacon’s Vice President of Digital Media, became the next hire and turned designs into a website. Shortly after the new website launched, the advisor saw web leads for the first time in 20 years. The website featured ways to get users’ information so that the advisor could continue marketing to them and pushing them down the sales funnel. Today, we see more leads whenever we launch a website and have streamlined our building approach so much that we’re building 10 websites just in this month.

The Beginning of Email Marketing

“When we started doing email marketing, we were Constant Contact’s least-favorite customer,” says John Capuano, Co-Founder of Lone Beacon, after continuously asking for more information on how prospects were responding. The team kept a close watch on how the 55+ demographic engaged, created detailed spreadsheets of all the data, and eventually used this to create a more sophisticated marketing automation approach. Now, prospects are scored on their demonstrated interest level, and receive tailored marketing messages and materials.

John and Greg understood the media habits of the 50+ demographic, which was spending more time online where the cost per lead could be less expensive. By focusing on a digital approach, they met their goal of getting the cost per lead down from $50 to $40, and then to as low as $2 in some markets. While radio still plays an important role, they saw that reallocating even a small portion of a radio budget to Facebook advertising could have major results: Advertising on Facebook is less expensive, and can be more effective when ads are highly targeted. And, after years of collecting data on prospects, Lone Beacon has access to a wealth of first-party data that can be used to successfully serve ads to the target audience.

One of Lone Beacon’s first business cards simply said “we help clients generate leads and close business”, but the process of how that happened was hard to explain: Lone Beacon wasn’t a Facebook advertising company, but it did Facebook advertising. It wasn’t a consulting business, but it provided consulting services. It wasn’t a website builder, but it built very effective websites. As the list of services grew and were connected to each other, Lone Beacon became a truly full-service marketing company for financial advisors.

Before Lone Beacon, advisors had to go to several different vendors to have all their marketing needs met, from an SEO company to a mail house to a Facebook advertising company. None of these efforts would be coordinated, making them less effective. “We wrapped ourselves around every aspect of an advisor’s marketing and integrated all elements,” says Greg. And when the same message was promoted across a website, radio, mailers, email, and Facebook, it proved to be more effective.

COVID-19 and the Future

Starting off, John and Greg thought they would hire three people and have a 5-person business. Today they have 22 employees, four of whom were onboarded remotely during the pandemic. Lone Beacon has remained incredibly nimble, allowing the company to be ahead of the curve on changing the marketing approach in light of the pandemic, from replacing evergreen content with timely content to replacing dinner seminars with webinars. Lone Beacon has always been forward-looking: When it comes to change and new initiatives, “we’re students of the game, we’re never satisfied, and we’re always on the quest to learn,” says Greg.

We invite you to get in touch with us to learn more about how our COVID-19 content, webinar platforms, and integrated approach to marketing could help you and your business.

WHO WE ARE
OUR STORY
NEWS AND BLOGS
CONTACT US
FAQs